All kids to one side of the gym with one "catcher" in the middle. The catcher says "Run-Run- Chicken Go Home" and all the "chickens" have to run to the other side of the gym with out getting caught by the catcher. Those who are caught then become the catchers helpers for the subsequent rounds until there is only one chicken left! Last chicken becomes the catcher!
Posted by Aimee Lyons at 2:38 PM 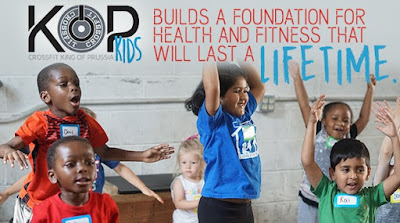 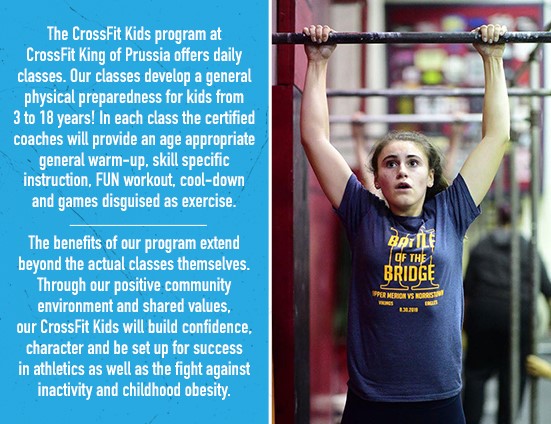 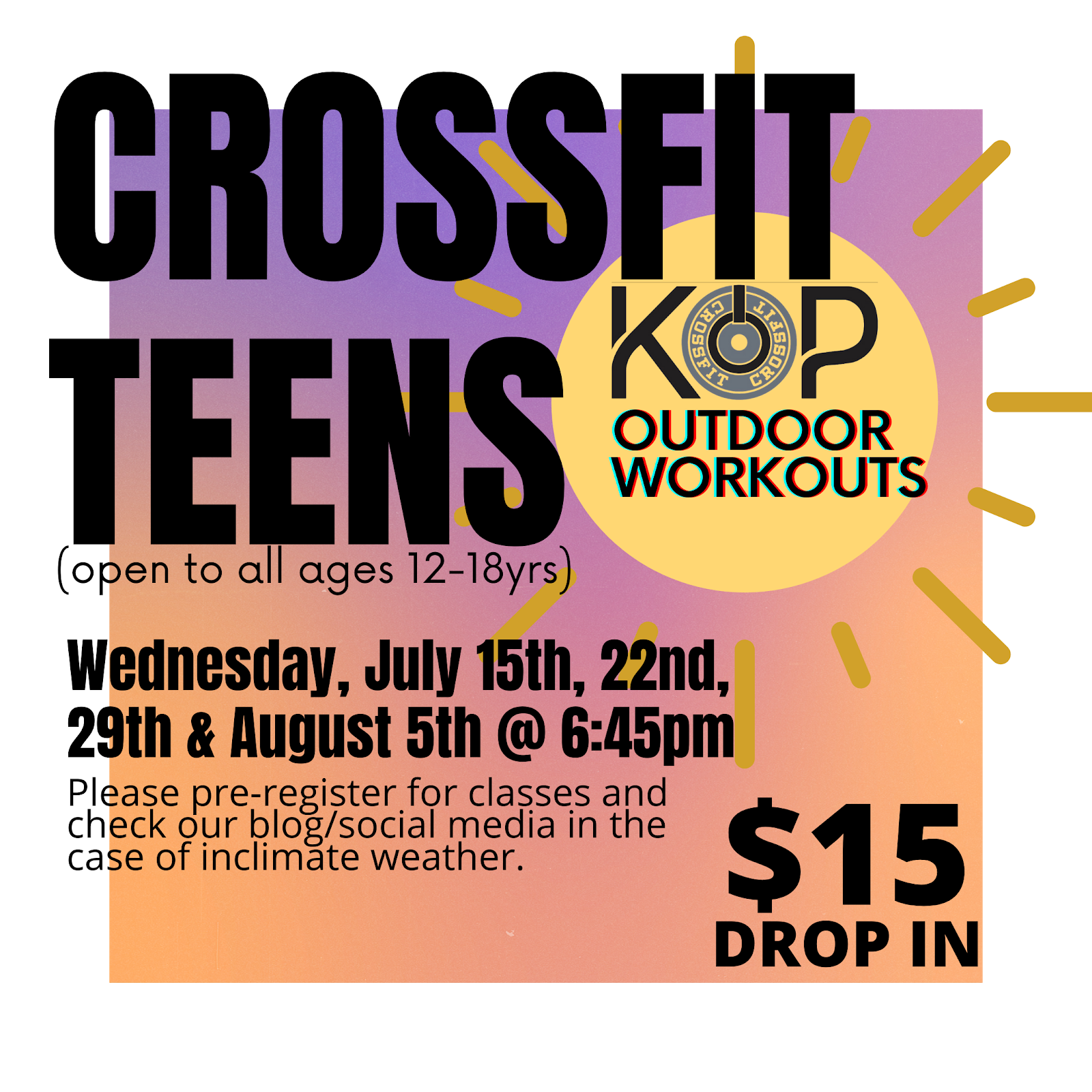 Youth ages 12yrs plus join us for outdoor workouts on the next four Wednesday evenings at 6:45pm. Classes are open to all. $15 drop in fee. You must pre-register on Mindbody or by sending an email to coachstephvincent@gmail.com. CrossFit Kids classes for under 12 (zoom and in person) will be on break for the rest of July & August. Have an excellent summer break with your families....stay active & safe! email to coachstephvincent@gmail.com. 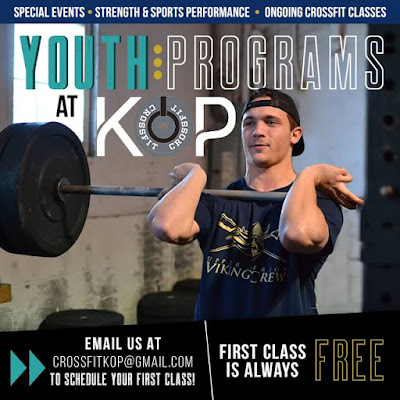 Drop in CrossFit classes are $15 or your can purchase a 10 Class Class Punch Card for $100 (Valid for 3 months after purchase date.) Contact us for more information about registration cost for Youth Strength Weightlifting, Special Events and Programs.

CrossFit King of Prussia is the home of Steve’s Club King of Prussia, a non profit chapter of Steve's Club National Program. Through this program we are able to offer free classes & scholarships to at risk and under privileged youth. Click here to follow us on Facebook. Make a donation on our GofundMe page! 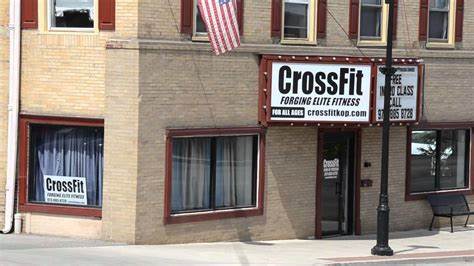